JAKE LAMAR was born in 1961 and grew up in the Bronx, New York. After graduating from Harvard University, he spent six years writing for Time magazine. He has lived in Paris since 1993 and teaches creative writing at one of France's top universities, Sciences Po. He is the author of a memoir, seven novels, numerous essays, reviews and short stories, and a play. His most recent work, Viper's Dream, is both a crime novel and an audio drama, set in the jazz world of Harlem between 1936 and 1961.

He is a recipient of the Lyndhurst Prize (for his first book, Bourgeois Blues), a prestigious Centre National du Livre grant (for his novel Postérité), France’s Grand Prize for best foreign thriller (for his novel The Last Integrationist), and a Beaumarchais fellowship for his play Brothers in Exile. He is currently working on a memoir about his life in Paris.

At Home with the Library 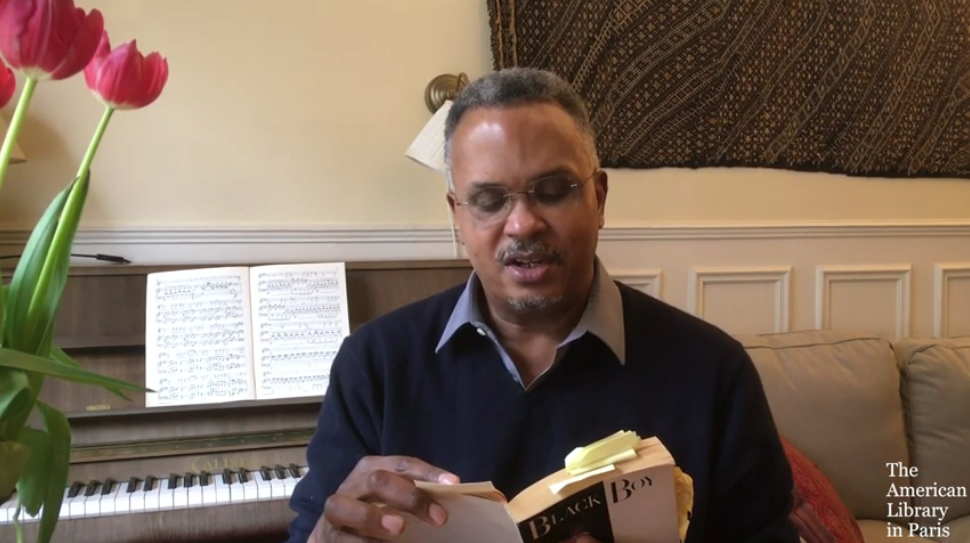 Jake Lamar reads Richard Wright for the Centennial Celebrations of the American Library in Paris, May 2020.

Click here to listen to the French radio adaptation of Brothers in Exile which first aired on France Culture on September 3rd, 2017

Brothers in Exile is a play about the complex relationship between Richard Wright, James Baldwin, and Chester Himes in Paris in the 1950s.